Oklahoma public school boards are elected by voters and are responsible for creating school district policy, approving budgets, and providing checks and balances to their district superintendent.

The nomination period for the 2022 Oklahoma school election ended at 5 p.m. on Wednesday, and the following post provides an overview of the seats to be filled in the larger districts of central Oklahoma. In Cleveland County, school districts such as Norman, Moore, Noble, Lexington, Little Ax and Robin Hill will also be holding board elections.

Western Heights Board of Directors receives new blood by default

What could have been an intense election for a seat on the Western Heights Public Schools School Board led the outgoing board member to refuse re-election and a newcomer was elected by default on Wednesday.

Rosalind Cravens has held seat 2 of the Western Heights board since 2015, but she did not apply for re-election. This left a community member and a former district employee Darrin dunkin as the only candidate for a job in a struggling neighborhood where parents, teachers and school staff have called for change.

Dunkin, 51, is a 1988 Western Heights graduate who has lived his entire life within the district boundaries. From 1997 to 2009, Dunkin served as a school suspension aide and worked in the district information technology center. Dunkin currently works at Tinker Air Force Base as a Computer Network Administrator and is the Pottawatomie County Reserve Sheriff’s Deputy. Dunkin’s Wife Pamela Dunkin Broadcasts Western Heights Board Meetings to Western Heights Community Facebook page.

Members of the Western Heights community have been calling for the resignation of current school board members for months as the district has faced a multitude of issues.

In early 2020, a citizen petition from the Western Heights Education Association and the community calling for a special investigative audit of the district collected 998 signatures. The petition called on the state auditor’s office to examine spending on the infant nutrition program, the credit card spending of some district staff, the issuance of bonds used to fund and purchase school buses and payments related to consultant and legal fees. State Auditor and Inspector Cindy Byrd began the audit process in July.

Also in July, the State Board of Education voted to take control of the ailing district after expressing the “greatest” concern about the district’s operations. In June, the State Council voted to suspend former Superintendent Mannix Barnes’ certificate as an educator.

Voter turnout in the Southwestern District of Oklahoma City was low in the last election. In 2019, board member Rob Sharp maintained 4 seat against challenger Brianna Dodd after just 67 votes in total. However, in 2021, a total of 509 ballots were cast in the Seat 1 election, which ousted incumbent Darrell Raper for Oklahoma Education Association organizer Briana Flatley.

Office 2 is currently occupied by Kathleen Duncan, who served on the board for 20 years and did not apply for re-election.

Ashley duffey, 37, will work for Office 2. Last year, Duffey started a petition to revert the district to a five-day schedule from the A / B schedule that the district was using due to the pandemic.

Are also running for Office 2 Courtney hobgood, 40, Bobby kern, 44, Indrit Vucaj, 33, and Cheryl williams, 66. None of these four candidates appear to have active campaign websites.

Native Albania, Vucaj is an educator with a PhD from OSU and taught in Enid’s public schools. He is listed as one of the two directing members of a consulting company based in McKinney, Texas.

From 2013 to 2016, Kern operated a blog called Every daddy’s desire. His LinkedIn says he’s a former minister of youth and families who is currently an assistant professor of family science at Oklahoma Christian University.

Williams is a former vice president of the Oklahoma Republican Party, and she said Oklahoman in 2009, that “I never intend to run for public office”. She has made the headlines in 2021 for appearing before Edmond City Council to oppose the designation of June as Pride Month and for asking members of Edmond’s public school board to resign in pursuit of the mission of a book called The Glass Castle, which features sexually explicit language and topics.

During this time in district 5 of EPS, the incumbent Marcus Jones is a candidate for re-election. Jones was appointed to the board in November following the resignation of Meredith Exline, who had been in office since 2015. Jones is a software developer with two children who attend district school. Priority issues on his campaign website include reducing class sizes, supporting the fine arts, advocating for district sports, communicating with elected officials to discuss partnerships, and improving usage. of technology.

Also in the running for District 5 Deonna Maxfield, 36, and Michel Grand, 45. Neither appears to have a campaign website currently available. Maxfield holds an MBA from Southern Nazarene University and works in the financial sector.

Voters in Edmond’s public schools will also be asked to consider a pair of bond proposals February 8. The first proposal is for $ 117 million to improve or acquire school sites. The second would bring in $ 3 million for improved transportation.

Three candidates applied to Office 2 of the Norman Public School Board.

Incumbent Dan Snell, 74, has served on the Board of Directors since 1997 and is currently its Chairman. He was automatically elected in 2017 when he was the only candidate to run for office. A former University of Oklahoma history professor who moonlights as a Mark Twain impersonator, Snell does not appear to have a campaign website, although he does have a Twitter Account.

Babydoll Stancle, 41 and Alex ruggiers, 28, have filed a lawsuit challenging Snell for Office 2. Stancle, a cosmetologist, currently has no political information on her campaign website.

Ruggiers, a former teacher at Longfellow Middle School, does not appear to have a campaign website available. In 2015, Ruggiers helped convince the leaders of the University of Oklahoma to create a LGBTQ Study Lounge.

Two candidates applied for Office 2 of the Moore Public School Board.

Incumbent Allison Richey, 52, was originally appointed to the board seat in 2016 and was automatically re-elected in 2017 when no one else filed a campaign. Richey is currently Chair of the Board of Directors and is a Registered Nurse with over 30 years of experience.

According to district information websiteEarly in her career, Richey worked as a Maternal and Child Nurse and School Nurse for Moore Public Schools before becoming an educator and director of adult and campus education at the Moore Norman Technology Center until 2012. She doesn’t seem to have a campaign. website.

Harrison leon, 26, has filed a lawsuit challenging Richey and has no campaign website available.

Oklahoma City Public Schools have two board seats up for election in 2022: District 5 and District 7.

The District 5 seat is currently held by Ruth Veals, who was first elected to the board in 2010, but she did not seek re-election. Three others threw their hats in the ring.

Sharri coleman, 50, worked as a science teacher in the OKCPS district and is currently an assistant professor of African and African American studies at the University of Oklahoma, as well as an internship counselor for Millwood Public Schools.

Vernona Dismuke, 55 years old and Adrien anderson, 42, also applied for District 5. Neither of them appears to have a campaign website currently available. Dismuke maintains a Facebook page. A presentation text in Oklahoman about Anderson from 2015 called him a Bank of Oklahoma employee, youth mentor and coach. He founded the To live is to give Foundation for Community Development in 2014.

Full member of the District 7 Board of Directors Meg McElhaney, 30, asked for his re-election without anyone contesting it. McElhaney, who is also vice president of creative operations at OKC-based marketing agency Bridges Strategies, was originally appointed to fill a vacant board position in 2019. According to his campaign website, the priorities of the district are fairness, transparency and culture.

In the Choctaw-Nicoma Park school district, voters will be asked on February 8 to approve a pair of bond proposals, including more than $ 273 million for the improvement of school buildings and $ 9 million for the purchase of transportation equipment. 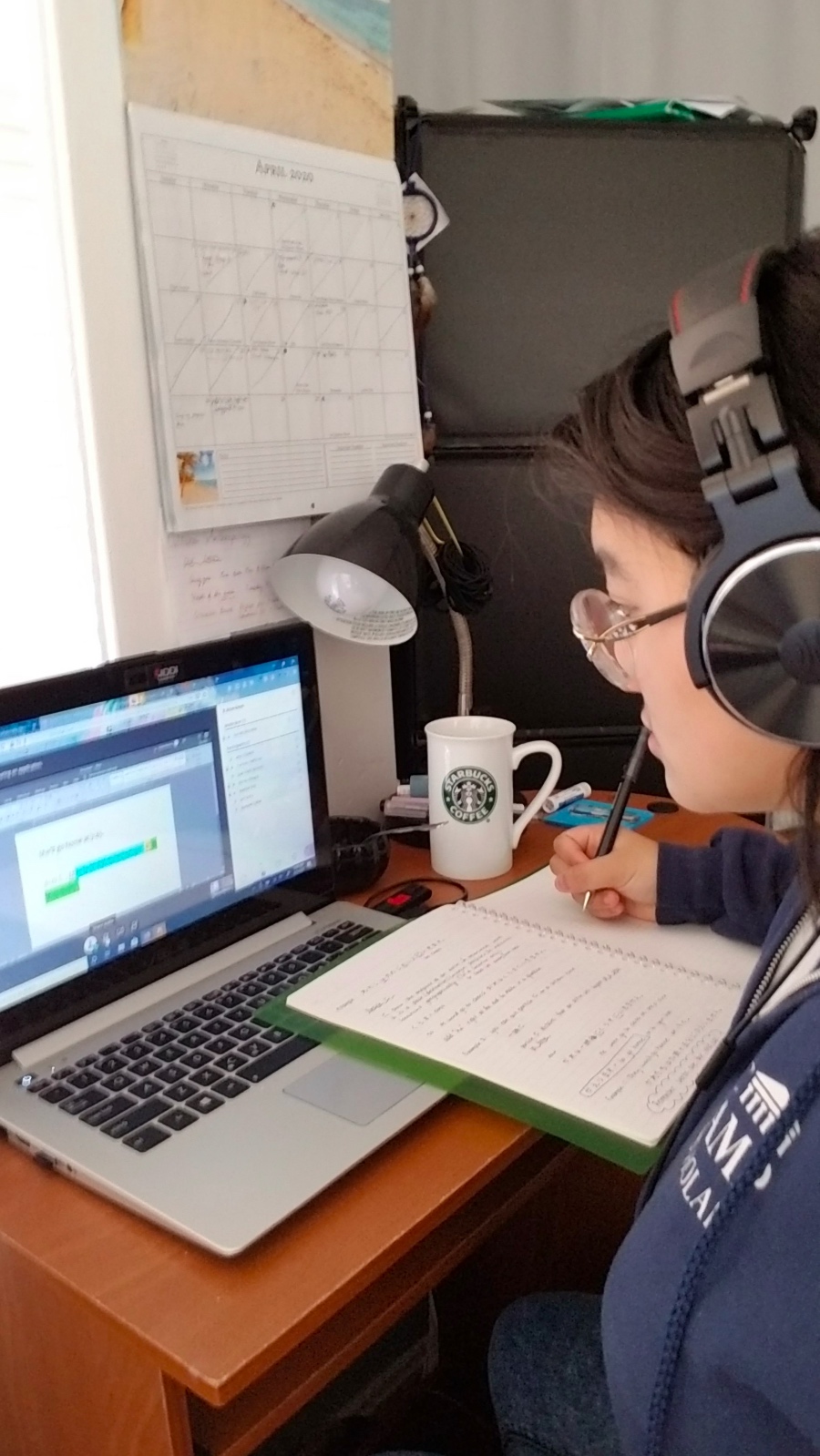